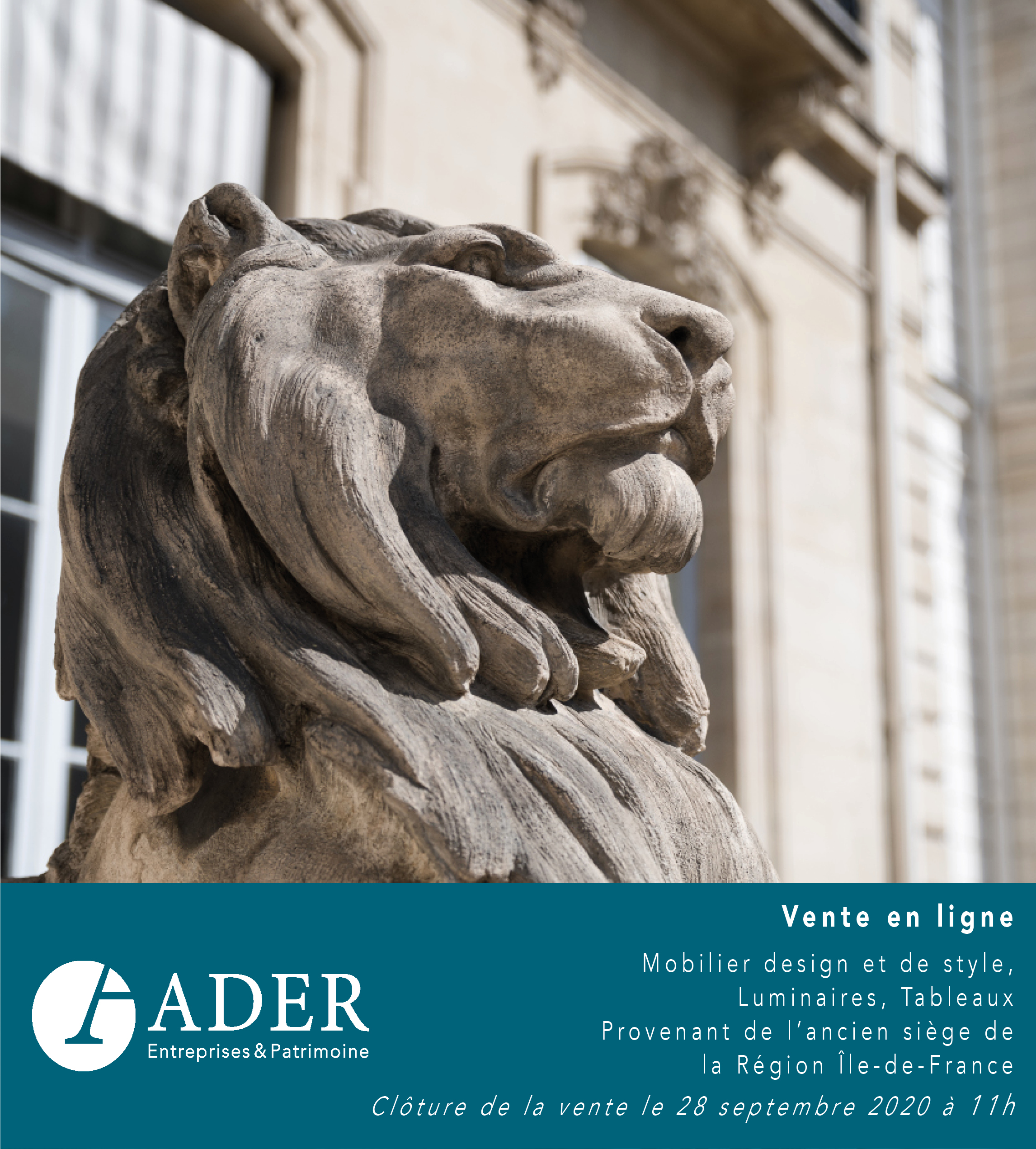 The Ile-de-France Region offers its furniture at auction

Seats, lights, tables, chests of drawers, bookcases, nearly 200 pieces of furniture and objects from the former Paris headquarters of the Ile-de-France Region will be auctioned from 16 to 28 September 2020 by Ader Entreprises & Patrimoine.
Visibility and enhancement of the heritage
Seats, lights, tables, storage furniture, nearly 200 lots will be offered for auction
public, and for some, starting from a few dozen euros. This unique auction for the general public is part of the heritage plan launched by the institution in 2019: the proceeds will be entirely donated to the development of the Île-de-France Region's businesses and heritage.

Giving a second life to unused furniture
As part of its action in favour of regional heritage, the Ile-de-France Region has thus entrusted Ader Entreprises & Patrimoine with an inventory mission on the furniture of its head office, located in the 7th arrondissement of Paris, before the relocation of the administration and its 1,800 administrative staff to Saint-Ouen in February 2018 and January 2020.An eco-responsible approach that respects the circular economy and limits waste and waste production.
Exhuming historical memories
Master Elsa Joly-Malhomme carried out an inventory of the furniture that was in the 26.000m2 of the premises of the Regional Council of Ile-de-France divided between 35 boulevard des Invalides, where the administration had been located since 1954, and numbers 27, 29 and 33 rue Barbet de Jouy, where some of the furniture was also stored. This heritage operation will have enabled the exhumation of precious historical memories, which will remain the property of the Region.
" Notably a very rare map of Paris and its surroundings dating from 1740, details Maître Elsa Joly-Malhomme d'Ader Entreprises et Patrimoine. It is one of the most important documents representing the Paris region in the 18th century."
The auctioneer also identified a group of modern paintings belonging to the Beaux Arts department of the City of Paris: "It was about twenty canvases packed, which had certainly been waiting to be exhibited for several decades. The works will be returned to the City."